Join us in celebrating the legacy of Charles Darwin and his commitment to reason and inquiry for our annual Darwin Day, and engage with our honorary speaker, James Croft, about the evolution of religion. (February 12th at 6pm in Margaret Morrison 103)

Religion has always been a common thread connecting human beings across the world and between generations. Yet today, that picture is changing: as countries become wealthier, they become less religious; in the USA, “none” is the fastest-growing religion. As millions are leaving religion, what new forms will arise to replace the role of traditional religion? James Croft – clergy for one of the largest Humanist organizations in the world – explores how religion will meet the needs of people leaving old faiths behind, and looking with new eyes. 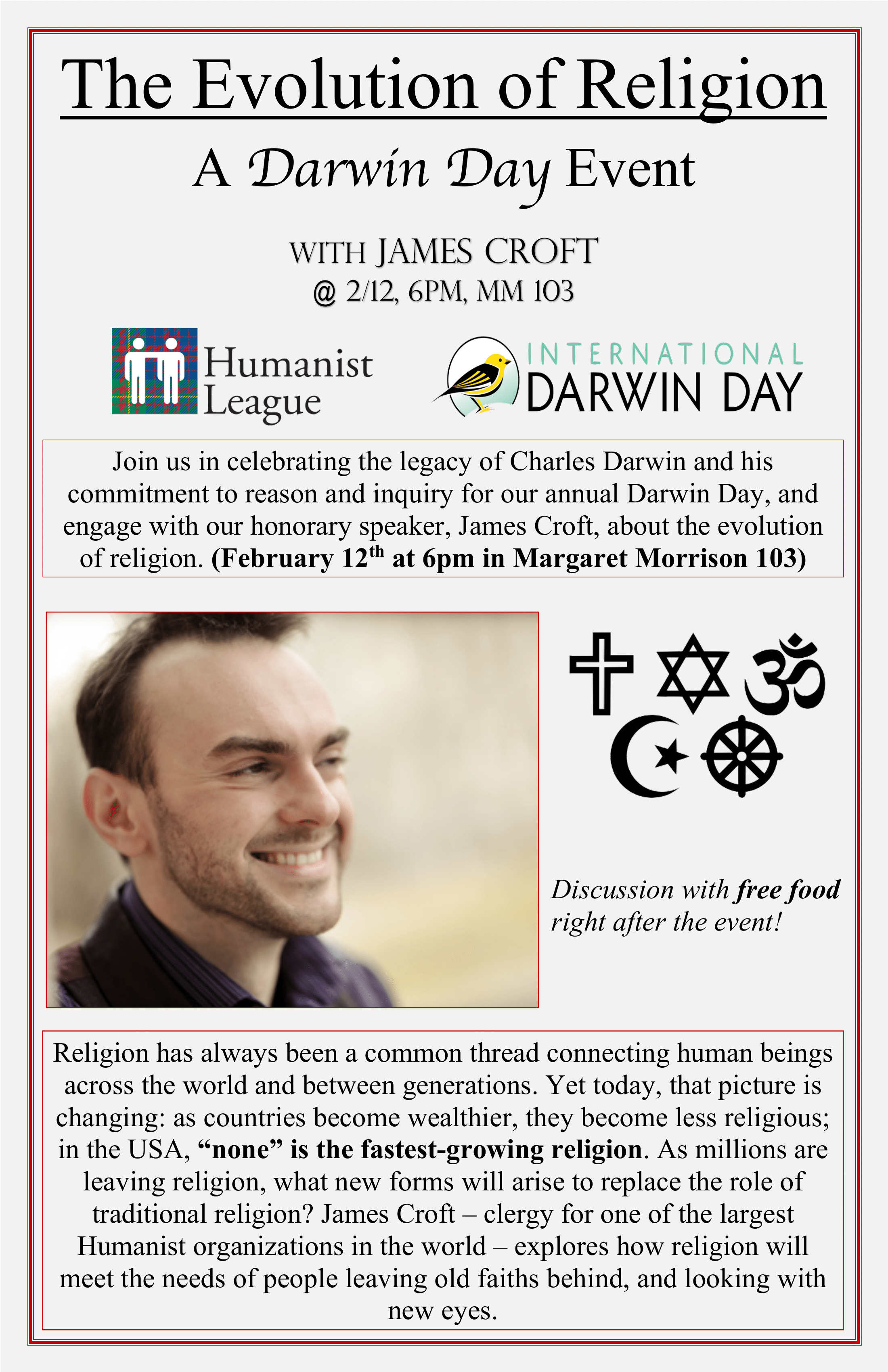